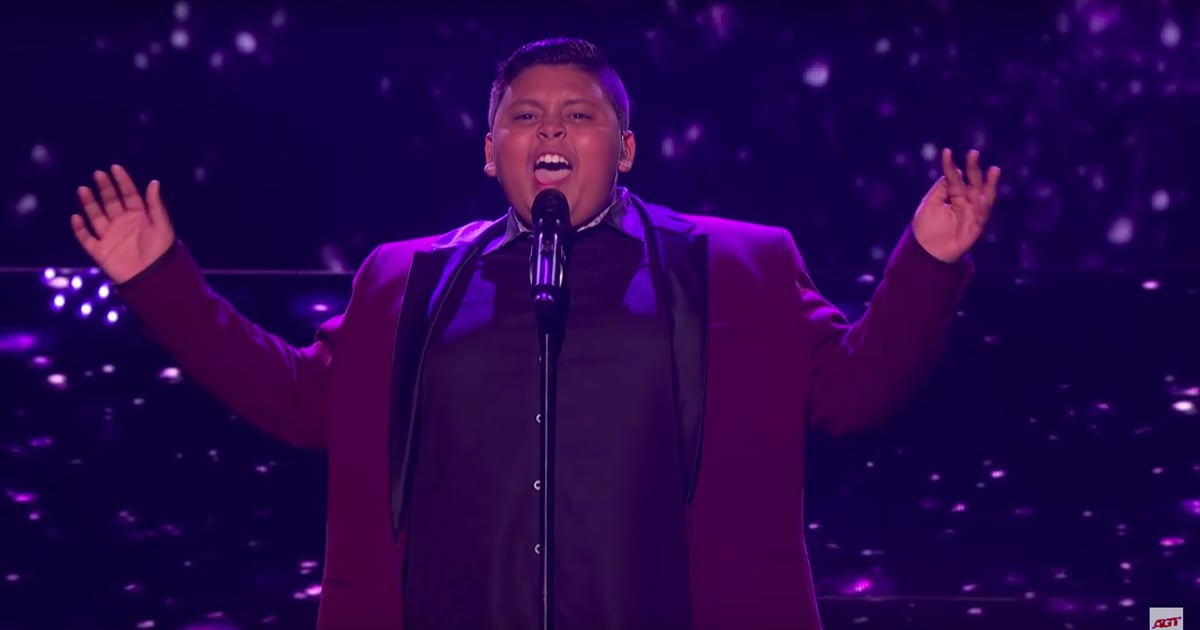 Luke Islam continues to deliver Broadway-level greatness during his America’s Got Talent performances, all while wowing the judges. For the show’s semifinals on Tuesday night, the 12-year-old sang a powerful cover of “Never Enough” from The Greatest Showman and brought the audience to their feet in a standing ovation.

Islam made a name for himself from the get-go, earning Julianne Hough’s coveted golden buzzer after his mesmerizing audition. His devotion to Broadway tunes served him well, as his cover of “You Will Be Found” from Dear Evan Hansen left viewers in an emotional puddle and his latest tribute brought Hough to tears. “I feel like a proud mama right now!” she said after Islam’s performance. Aw! Watch his cover in full above — it really is the greatest show.

Ellen Crashed Kelly Clarkson’s Talk Show, but at Least She Brought Gifts
Chance the Rapper moves his tour back so he can be there for his wife & daughters