Rihanna and Lizzo Are Down to Collaborate, and Please Music Gods, Let This Happen 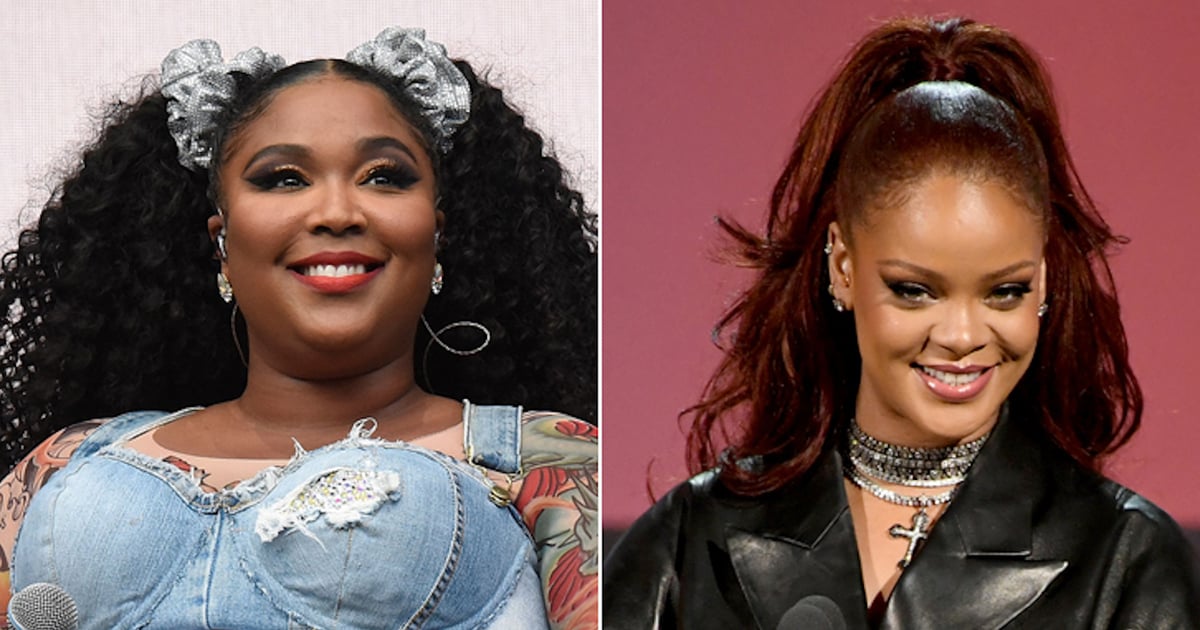 Rihzo could very well be a reality in the future, now that both artists have confirmed they want to work together — and yes, in case you were wondering, I’m losing my juice-loving mind at the mere thought of them collaborating. While attending her Fenty x Savage show in New York on Tuesday, Links”>Rihanna briefly chatted with Entertainment Tonight about the possibility of teaming up with Lizzo, admitting that she “loves” the singer. “I would collaborate with her on the lights for this interview right now,” the fashion and makeup mogul joked, adding, “Lizzo is so badass.”

After catching wind of Rihanna’s high praise, Lizzo shared the interview clip on both Twitter and Instagram, causing fans to immediately start manifesting a Rihzo song into existence. This is not only the collaboration we want — it’s what we need and deserve, and it doesn’t sound like the internet will rest until we get it. Ahead, watch Rihanna’s interview clip and see Lizzo’s reaction before reading what fans are saying about the potential collab.

Yes, You Can Drink Wine on a Low-Carb Diet, but Take This Dietitian’s Advice
Chance the Rapper met his wife when they were 9, they were together pre-fame