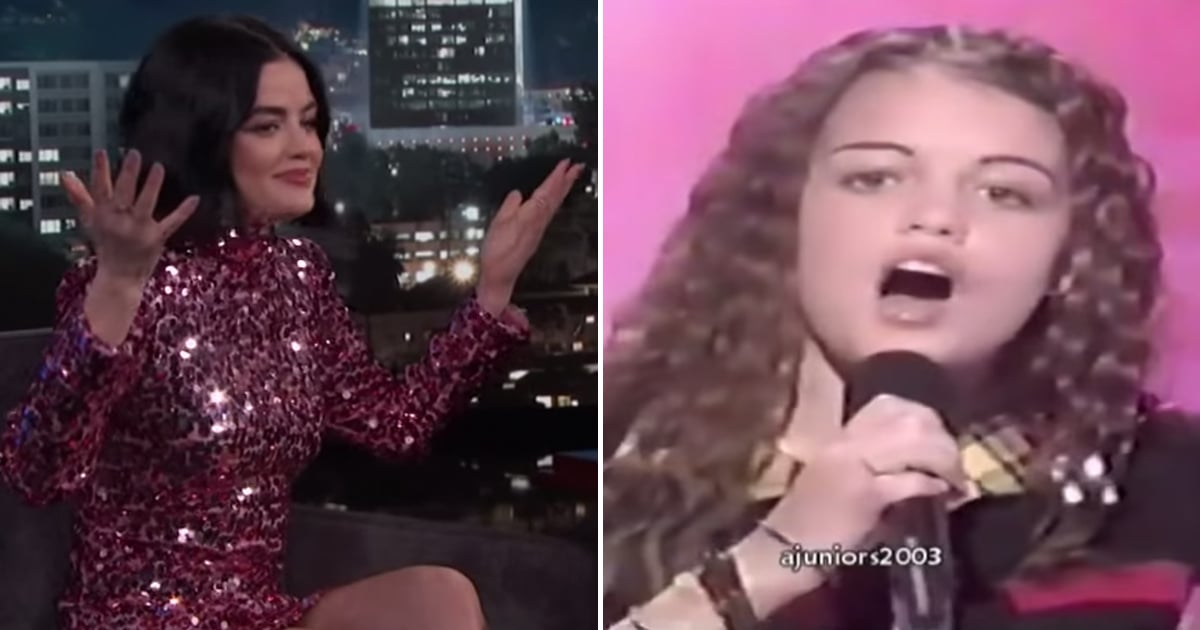 Long before Lucy Hale was chasing dreams of becoming a fashion designer on The CW’s Katy Keene, the 30-year-old had hopes of being a pop star. In 2003, a then-14-year-old Hale competed on American Idol‘s spinoff, American Idol Juniors (a singing competition series that sought the best five kids to form a singing group), and on Wednesday, Jimmy Kimmel surprised her with an old clip from one of her performances. “Look at that crimped hair — what a mess!” Hale joked after watching herself perform Debbie Harry’s “Call Me.”

Fun fact: Hale actually ended up getting a record deal through the show, but the album “flopped.” She then landed the breakout role of Aria Montgomery on Pretty Little Liars, and now she’s the lead actress on Katy Keene. Funny how things work out, huh? Watch Hale’s interview above, then check out her full American Idol Juniors performance below.